How to support your team in times of struggle 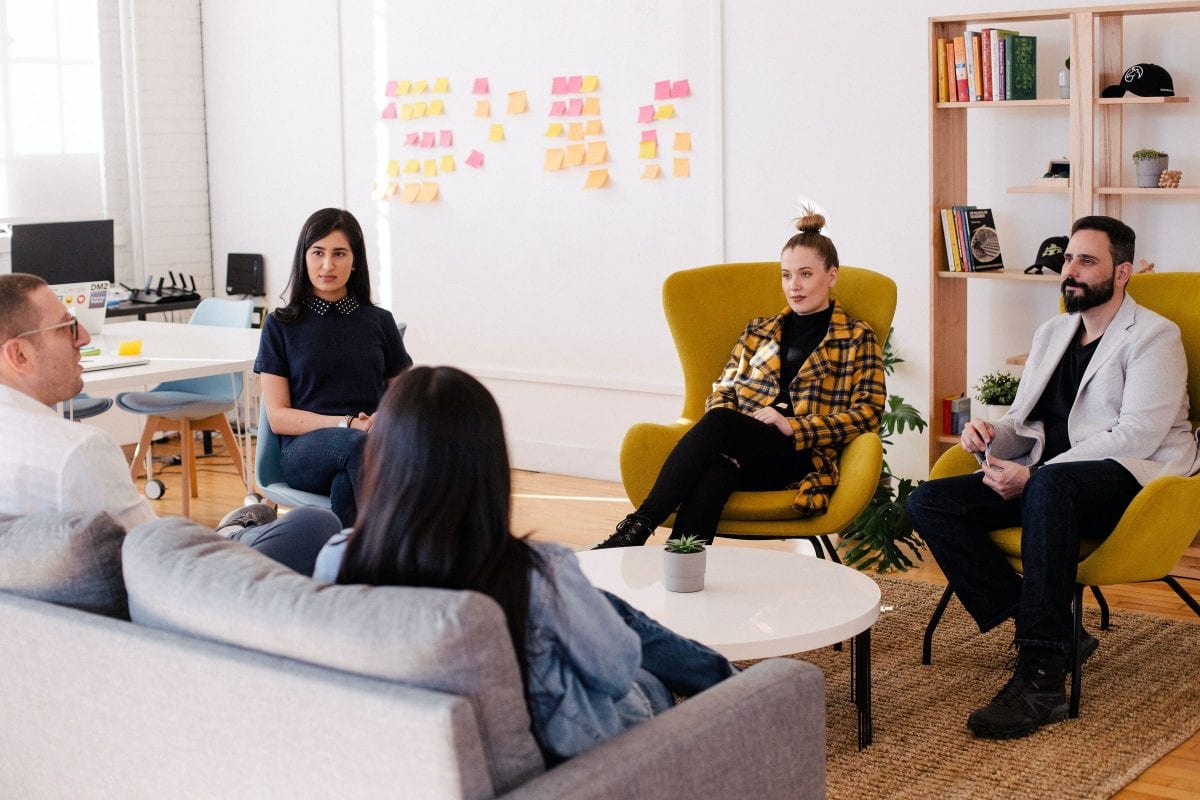 We speak to leadership and reinvention expert, Sarah Jones.

Sarah works with organisations, teams and leaders to improve employee retention and revenue growth by allowing employees to build thriving career paths inside the organisation, while increasing their performance and visibility. 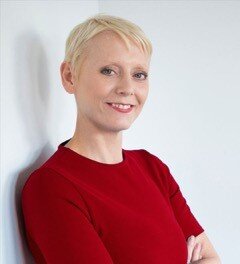 Can you tell us about your experience as a talent coach?

For the past five years, I’ve been helping companies such as Fullers Logistics identify where they need to take their aspiring leaders by working with them on communication skills, team dynamics and psychometric profiling. I help teams resolve conflict and support them hit their goals. I also work with individuals, typically, burnt out executives who are not where they would like to be in their current career. Whether I’m working with organisations or individuals, my focus is on stress management, mindfulness, mental health and wellbeing.

In your experience, how can mental health issues affect a team?

Studies show that if you’re feeling good at work, your productivity will increase by about 12% – that’s an important statistic. Couple that with another important fact – In a given year, half the UK workforce will report suffering mental health problems. So, on a very functional level, we’re not maximising our potential as nation.

On a human level, working in a supported environment is so important. If the leader doesn’t address any stress and mental health issues, it can create low morale, particularly if the issue has been raised or discussed. And that’s infectious. The leader may not know how to deal with it, and that can also reduce their morale and productivity.

Even in a team which has a supportive environment, if one member has mental health issues or problems, that can have a ripple effect through the rest of the team as they will most likely have concern and confusion around their colleague.

I would always advocate open communication from the top down. A lot of companies I’ve been working with are starting to have ‘Listening In’ programmes, where colleagues look out for each other in a positive way, to make sure that any stress and mental health issues are identified.

You typically help organisations that are evolving and growing rapidly. What stress-related problems do scaleup businesses most commonly encounter?

Sometimes, organisations that are growing quickly can’t deal with the pace of change. They don’t put the infrastructure in place to deal with the change, and they don’t communicate it effectively. Sometimes the leader is so busy dealing with the business growth that they’re not spending enough time with the team to ground them, to come together and design their own future. That often leads to stress.

There’s also the fact that some people really embrace change and others don’t. Even though I’m somebody who likes change, it can be disorientating. It’s okay to acknowledge that and accept it rather than forcing yourself to be fine with everything. Leaders need to spend more time thinking about how they can bring people along with them. A lack of communication will allow tension, frustration and unresolved questions to fester.

In your experience, are mental health issues more prevalent in leaders of scaling companies than in more established ones?

There are some interesting statistics out there on this. The University of California found that entrepreneurs are 50% more likely to report having a mental health condition. Another study in the UK demonstrated that 32% of entrepreneurs have had mental health issues.

Starting a business is stressful. When you’re getting a business off the ground, it’s your business – you are the business. You identify yourself with its failures and successes.  If you’re not careful, because there’s always something to do and you may not have the resources of a big company, you can work nonstop, enduring sleepless nights, neglecting your work out regime, eating unhealthily and so on. I’ve seen people burn themselves out this way, time and time again.

I think a facet of being an entrepreneur is isolation. That’s the number one issue I hear from entrepreneurs. As well as the 24/7 aspect of setting up and growing a business, you might be surrounded by friends and family who are probably on a more standard nine to five path and they don’t really understand your pressures. We all need a sense of connection – even if you’re driven, or if you’re an introvert.

How important is it for entrepreneurs to have other people around them who are going through the same challenges, whether through a workspace community or through other networks?

This is really important. Over and above feeling less isolated, time and again I’ve heard stories of how they’ve met someone who can help their business, or had a chat about an opportunity that ended up being a win-win for both of them, or have come away with a totally different, helpful perspective. Being part of a supportive working community has many different benefits.

Do you think scaleup business leaders assume that the team will just embrace that growth, increase in head count and changing culture?

Yes, that can happen. Sometimes it’s worth the leaders of the organisation reminding themselves that they’ve been privy to information a long time before it’s released, so they will have had time to get used to the idea. They can’t expect their team to get there at the same speed.

The leaders are probably dealing with processes and systems on a much more macro level and are very deal-focussed. They need to remember to put themselves in their employees’ shoes, on a more micro level. The employees will be thinking about how change is going to affect their day to day job, their purpose and their future.

What is the best way for a leader to address any disorientation or discomfort in the team?

A fast pace can often be a marker of success. However, in my experience, sometimes it’s better to slow that pace down by 50% and remember that it’s not always about the transaction – it’s about the people at the end of it. It’s about really being open to listening, having an open-door policy and getting feedback. Asking your team, if it is at all possible, how do you want me to communicate with you?

What information do you need? Who else can help? And if you’re moving into a new organisation or a space, how do we come together as a team if that team is going to stay the same? That act of listening without judgement will help you understand what you need to address if you want to retain good people. You’ve got to have brave conversations, even if it’s something you don’t particularly want to hear. The worst thing to do is shut the door and just stay head down in the transaction, thinking that the press release or internal announcement will take care of everything – that’s not true engagement.

What are the early signs of a team or an individual struggling that leaders should look out for?

Mental health issues or stress cover such a broad spectrum and everyone is different that there isn’t a catch-all set of signs. Sometimes when we’re under stress and pressure, we exaggerate our individual, core behaviours – becoming more bullish or quieter for example. We default to our natural algorithm.

Other signs might be that you may notice an individual coming in late more, generally being more absent, making mistakes, being snappier, and more distracted. They might have recurring physical problems, going into their back or neck – areas that classically hold more tension. The quality of their work may go down. It can be a series of subtle signs that build over time. That’s why psychometric profiling can be so helpful: it tells you how someone is likely to behave under stress.

Broaching mental health in the workplace can be a hard conversation. What advice do you have for those who want to show support for someone in difficulty?

Being genuinely interested, with an open mind. Actively listen and value what the other person is saying. If you’re a leader and not sure how to do it, there’s a lot of occupational health training out there: it can be scary to deal with, as you don’t want to make it worse. If you have a conversation culture, that will make it easier as employees will feel open to talk on an ongoing basis. Having a wellbeing strategy is also a good idea. A lot of companies are proactively starting to look at wellbeing, exploring how they can take the pressure off the leader to help with those issues.

How can a leader best assimilate someone back into their organisation who may have taken time out due to stress or mental health issues?

There needs to be a specific, phased support plan that is co-created with the individual, with regular, agreed touchpoints. From there it’s a continuation of that open, listening culture which we’ve said is so important to have at the heart of your organisation.

Lastly, what is your top tip for nurturing successful teams?

The older style of ‘I tell you what to do, you do it’ management is gone, as people are looking for more value and meaning in their careers. As well as understanding that fact, a good leader will also recognise they don’t always have the answers. They’ll recruit people who are better than them in key areas. Co-creating your vision and goals as a team will ultimately lead to more success.

Psychometric profiling will really support your recruitment. It depersonalises everything. It allows you to pull together to say, who’s best for this project? How do we work together as a team, so it’s not just the leader? You can use it to stand back and start to see the culture of the team and why petty differences or frustrations occur. Most of the time it’s not because people are bad or poisonous, it’s because there’s a conflict of style and a misunderstanding of assumptions.

When you get feedback or have a team workshop, make sure you visibly follow up with any outputs. Clearly articulate what they are, embed them into your systems and processes and agree to the values as a team. It’s this day to day behaviour after the workshop or team-building exercise which is going to bring a team together. The leader has got to walk the walk, not just talk the talk.