How to find a new office space when scaling your business 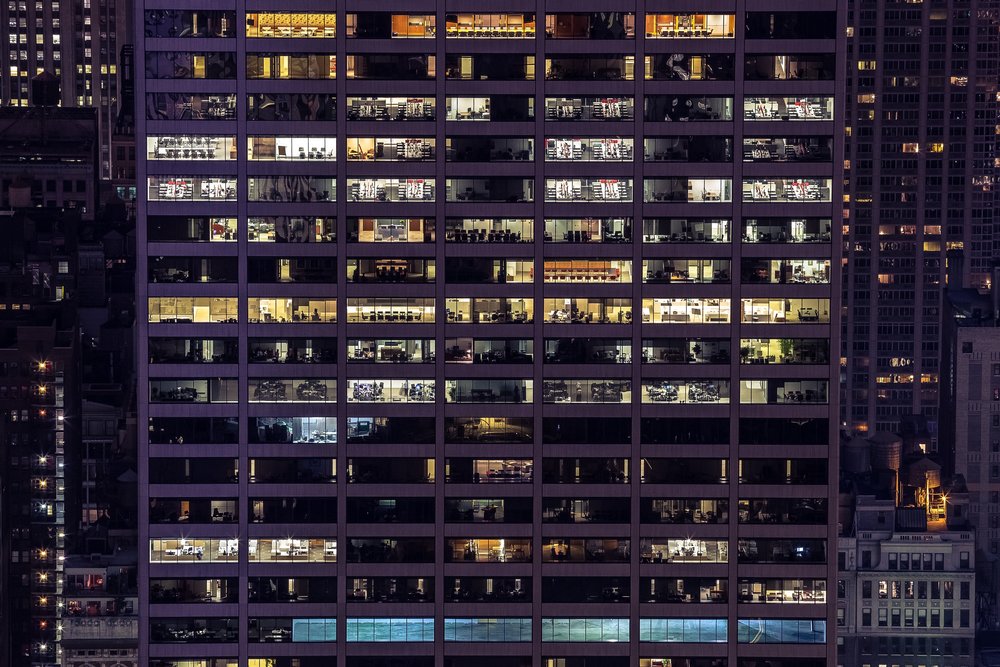 ONS data continues to show a growing scale-up population across the UK, indicating an extremely exciting future for the country. Scale-ups have even been described as the “backbone” of the economy as they tend to be highly productive, extremely innovative, create high-quality jobs, and drive more diversity.

However, that’s not to say that the process of scaling up is easy. The ScaleUp Institute identified 5 key challenges that every scale-up faces: infrastructure, talent and skills, leadership, access to markets, and finance.

According to 2017 research conducted by Wired, there are 205 incubators and 163 accelerators across the country which support a combined 7,000 new businesses per year. These startups usually tend to stay for an incubation period between 3-12 months – but what happens once that’s over?

In this piece, we’re going to be exploring how you can find the perfect space to house your scale-up. Whilst we’re mainly focussing on London, the key lessons remain the same no matter where you’re based.

There are multiple factors that make up the ideal scale-up space – you might not be able to have them all, but they’re definitely worth keeping in mind. And, if you nail all these, you’ll be a step ahead of your competitors in winning the talent war.

One of the main reasons this is such a big priority when considering where to move is because of your potential neighbours.

Think about it: there’s a simple explanation behind why so many great businesses come from tech hubs. These communities of innovative companies and like-minded individuals bounce ideas off each other, attract talent, and are great for networking. Plus, high-flying organisations can create a real buzz about the area – making your employees feel like they’re part of something bigger – and help inspire you to do great things.

Having a nearby knowledge centre is another big plus. The regeneration of King’s Cross and its new ‘artsy’ vibe has a large part to do with nearby Central Saint Martin’s University of Arts, whilst the success of Silicon Valley has a lot to do with its proximity to Stanford University.

But why is this so important? Well, you might perhaps be able to use some of their world-class facilities, you’ll have access to their innovative research, and your close proximity will give your company fantastic visibility. When their emerging talent enters the world of work, your company will be at the forefront of their minds.

But there’s another major reason why you need to nail the location of your office, and it’s just as important as your neighbours…

Admit it: work can sometimes be draining. When it reaches the end of the week, all you want to do when leaving the office is to relax – potentially with a drink or two, a meal in a nice restaurant, by working out in a nearby gym, or by getting your hair and nails done.

Your employees should love the area in which they work. If they do, they’ll actually look forward to coming in each morning, and they’ll be more inclined to socialise together after the day’s over. This is a key aspect in ensuring your organisation has a great culture and happy employees – studies have shown that 77% of us believe having a good relationship with our colleagues is a must if we’re to be engaged at work.

Many leaders focus only on how their employees interact with each other during office hours (as opposed to in their free time). Sure, you can develop decent relationships with colleagues whilst at work, but the strongest bonds occur when you all let your hair down after a long day.

Firstly, your business needs space to scale. There’s no point in going through the pain of moving only to outgrow the new office within a year and have to move again.

Knotel describes this process as a vicious cycle: search for a new office space, sign a long-term lease, outgrow the space, sublet it out to someone else. And then of course, , things invariably go wrong, and you lose money and your sanity along the way.

However, you can also be smart about your choices – with just 6% of UK workers putting in traditional 9am-5pm shifts and agile working becoming more and more common, you don’t necessarily need to have the exact same number of desks as employees. As well as the space itself, you also need to perfect your fit-out. Your office is a reflection of your culture, and an increasingly key means of attracting talent.

What’s the first thing a prospective employee sees when they come in to interview for your company? Your office, and its fit-out. It goes without saying that employees want to work in nice surroundings – disruptors like WeWork have changed the game, signalling the death of soulless office spaces full of fluorescent lights and cubicles.

You need to make sure your offices look and feel like somewhere that you want to spend your time. It’s a lot harder for your employees to love their job if they despise their surroundings!

In fact, Gensler’s Workplace Performance Index even goes as far as showing that a good office design can boost employee productivity by up to 20%.

Would you rather work here? 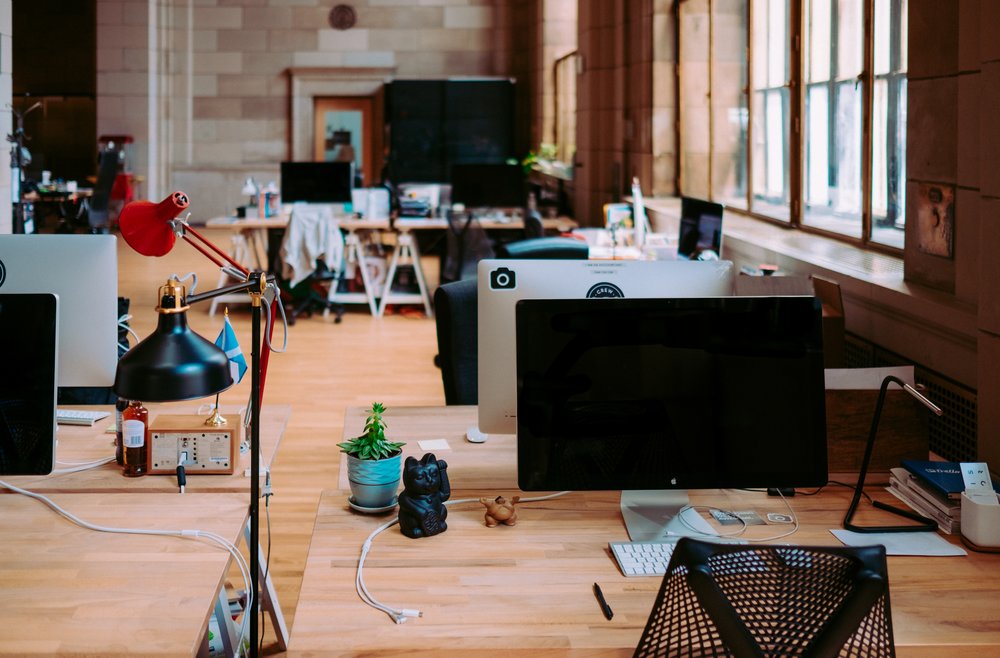 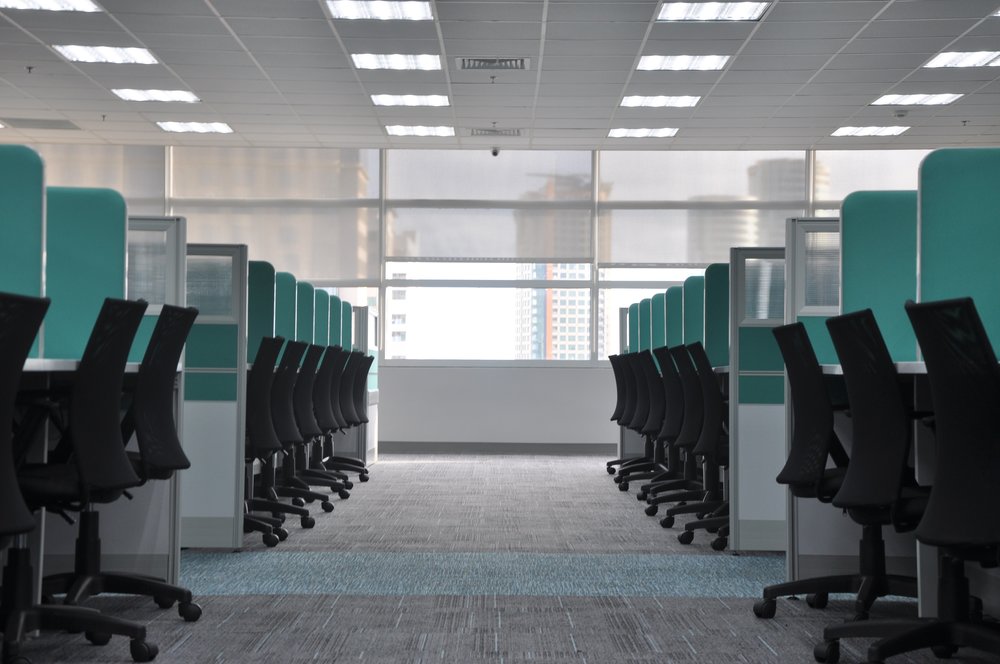 An increasing number of companies fit out their offices with things like pool tables and beanbags, as well as offering workplace benefits like yoga classes, massages, or gym subsidies.

Why? Because brand values and workplace culture have now become a critical means of attracting and retaining the best talent. Your office space is a key medium for achieving this. What does it say about your company? What sort of person will it attract? How does it make someone’s time at work that much better?

For example, it can even be as basic as providing in-house amenities. Cafes, restaurants, bars, and even kitchen areas are all great spots for employees to grab some lunch, to reflect, or even to hold meetings. If you’re far away from these sorts of spots, then rest assured – you’ll have a grumpy workforce.

It goes without saying that the vast majority of London’s commuters take the overground or the tube.

According to Service Octopus, the price of homes right next to a tube station has gone up 57% in the last decade. But what does this mean for your business? Well, it shows that people are willing to pay a premium to be closer to transport links – and so this should be a top priority for you when choosing your office space.

A TimeOut study even goes as far as showing that a short commute makes Londoners happier than having sex. Let that sink in for a while.

Make your employees’ commutes as easy as possible. A packed morning tube ride is made even worse if you then have to trek ten minutes to the office once you’ve arrived at your final destination, especially during the cold winter months.

And what about catering for those who cycle to work? There are now over 670,000 cycle trips per day in London, the majority of which are commutes. Plus, the popularity of the ‘Cycle to Work’ scheme means there are now more cyclists than ever before in the capital. This means that your office needs spaces for cyclists to chain up their bike, as well as showers – nobody wants to come into work all sweaty after a bike ride.

The last thing companies looking for office space want to do is pay a premium, especially if you’re going to be roped into a long-term contract for somewhere you’ll soon outgrow. Why spend an exorbitant amount when you’re going to have to sublet it out a year later at cut-price?

As of Q1 2018, the price per square foot of office space in Mayfair was £110, and even Shoreditch (not too long ago considered cheap and up-and-coming) has risen to £66.

This means that you might have to be a little smarter with how you spend your money and try your hardest to find genuinely affordable office space. Whilst having great neighbours is fantastic, don’t just fall into the trap of going where everyone else is based for the sake of it. Instead, see which areas offer better bang for your buck.

You always need to have one eye on the future. Many pockets of London which are on the cheaper side have received significant government investment – marking them out as the city’s future hotspots.

For example, Hammersmith and Fulham Council has recently announced an £8 billion regeneration of Shepherds Bush and White City, whilst Tottenham and Lambeth also have significant projects in the pipeline for the future. Other cheaper areas to consider include Chiswick, Euston and Canary Wharf. 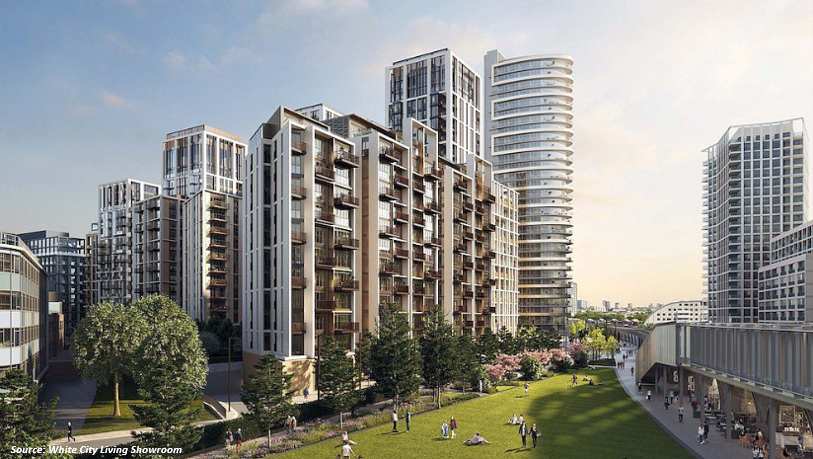 Sure, it feels great to be in central London, but is it really worth it if you’re sacrificing money that could be spent on other key growth areas?

You’d ideally want your office site to have space for your business to scale. Moving offices every year or two causes significant disruption and headaches, so try and find yourselves a base that can grow alongside your business.

Taking all this into account, here’s a handy checklist we’ve put together of the key factors worth considering before you pick your new office space. Getting as many of these factors right as possible will put you in a wonderful position to win the talent war. Doing this will transform your scale-up’s success – it’s as simple as that. 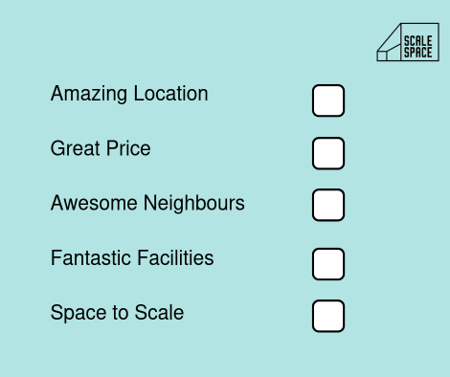 We hope you enjoyed our guide to finding the perfect office space and that it’s raised some useful insights. If you want to find out more about our project to create London’s next tech ecosystem, please contact us at hello@scalespace.co.uk.

Share
April 30, 2019
Back to Blog
We use cookies on our website to give you the most relevant experience by remembering your preferences and repeat visits. By clicking “Accept All”, you consent to the use of ALL the cookies. However, you may visit "Cookie Settings" to provide a controlled consent.
Cookie SettingsAccept All
Manage consent